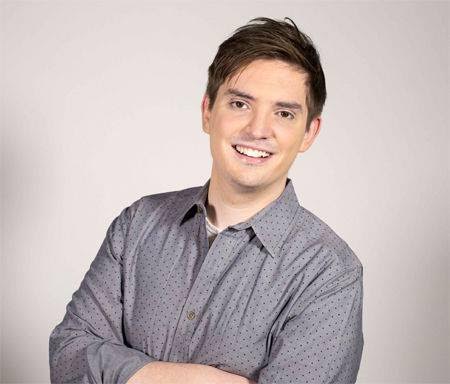 Zach Sang is already a multimedia superstar personality with a new generation of followers. He is a radio prodigy, Nickelodeon personality, social media addict, pop culture junkie… and everyone’s best friend. Zach is one of the most recognizable voices in media to teens and young adults everywhere. His success was self- created at age 14 when he went from grocery store bag boy to an instant internet radio star broadcasting nightly from his parent’s home in Wayne, New Jersey. Zach quickly amassed an online following of teens from all over the world. Zach has done over thousands of interviews with major celebrities from Justin Bieber to Miley Cyrus to the mind behind Twitter Biz Stone. In 2012 Zach, WYD Media and Westwood One launched Zach Sang and The Gang a fresh, new and social show that is available to Top 40 stations nationwide.

She starred as Angela in Sony Pictures Screen Gems' film "Fired Up" in which she received rave reviews from Robert Ebert who said she "has the nicest smile and the best personality" and continued by stating that she was "the most intriguing member of the cast." She also had a recurring role on the television series "Crash" produced by Don Cheadle and Paul Haggis and based on the Oscar (r) winning film, where she acted alongside one of her favorites, the esteemed Dennis Hopper. She recently completed episodes of both CSI:NY and CSI: Miami, the latter of which she was trained in the rigorous sport of roller derby. She can also be seen in the cult favorite "Trailer Park of Terror" which is based on the popular Imperium Comic, as well as supporting roles in the feature films "Hancock" with Will Smith and "Our Family Wedding" with Forrest Whitaker. Other credits include "Norbit" as well as guest star roles on "Studio 60," "Shark,""The Young and the Restless," and many more. Hayley is also known as briefcase #25 on NBC's hit show Deal or No Deal where she quickly became one of the most recognized and popular models due to her trademark hair. 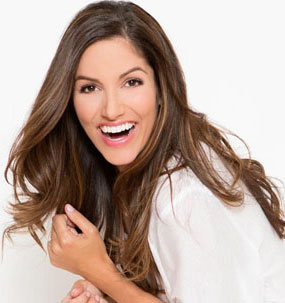 When Kristin Adams decides to do something, you better watch out, because it gets done – and it gets done well. Of course, it’s no surprise to find that Kristin feels at home on a stage, talking, performing and interacting with crowds, but it’s her enthusiasm, hard work, and joyful attitude that truly make this native Texan shine so brightly.

After the show, Kristin returned to TCU, but one day after class, picked up the phone and called Executive Producer, Nigel Lythgoe, to pitch herself as a co-host and special correspondent for the second season of the show. And that’s how she went from her dorm room to a room at the Ritz Carlton, kicking off a successful hosting career.

Though she often travels the world on assignments representing global brands like Samsung and AT&T, Kristin carries her hometown in her heart, and remains true to the beliefs instilled in her. It’s her natural curiosity, work ethic, and respect for people from all walks of life that serve her well no matter what she puts her mind to. From interviews with A-list celebrities such as Conan O’Brien, Will Smith and countless others, red carpet events, news reporting, acting roles, her long-term gig on G4TV’s X-Play and host of the videogame show “Cheat,” to hanging with Elmo on Sesame Street—even Tae Kwon Do, where she earned a black belt, Kristin is always the ultimate professional and never gives less than 100%.

Over the past three years, Kristin has entered the most rewarding and fulfilling stage of her life – mom to Harper and Holt. She and her husband Danny, an actor and performer, both agree that the blessings bestowed upon them by being parents brings them joy beyond measure. Kristin loves teaching and modeling to her kids that with faith and determination, they can do anything they put their mind to!

Tune in July for more info about our hosts!